A Christian what else?

To TV- and Radio Stations

and Mayors of Corporations 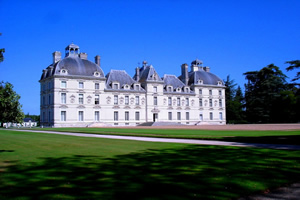 Please, let this letter be used to inform your listeners or spectators by the reports via radio or TV.

Yesterday in a train your Empress met a pleasant woman on her business trip from Hamburg. She told me that she honorary works at the mission in Hamburg, which has just closed for the renovation.

The woman talked about a little from her activity and we talked about the cold winter what was coming soon and that the people are accommodated in their sleeping-bags under the bridges.

Also we talked about the number of unreported cases of people, whose have to freeze to death.

The woman told me that she doesn't address the poor men on first name and that was what makes the woman sympathetic and suitable for the activity, besides she doesn't only hold on herself to the misery of the other ones, I was able to notice, too.

And that is the point of view your Empress will finish it with sharpness and hardness.

People, which are fallen down in a social disadvantaged background and don't want to have anything to do with the society, that are people who didn't use their ulnae against another one also they didn't stay in the society of the costs of another one, what your Empress can guarantee, otherwise they were not so deep fallen.

But one has to reproach nearly everybody, that those people have been taken as a warning and in this way will be acted accordingly by using one´s ulnae and outwitting another one, before oneself is for it.

For the most of you these fallen down people have been a consolation by saying that another one is still worse off and so you can bear easier your ruined or hard life.

Most of you say, no, such a person I don't give him nothing; he shall go to work and stop the boozer.

And your Empress says, if one deal with these societies, then one can get the boozer and of all the spitting especially in labor life.

There nobody belongs on these places, quite certainly not!

However, there are three persons you don't keep the classes for them anymore and you sit in the first class in front of the eyes of your Empress!?

That is was I will cure you of, you nearly can be sure here in Europe, in the USA, in Asia, in Australia and even in Africa.

Also not your behavior is an excuse, such a matter I won't stand for that, from anybody else!

You have to accept follow instruction and orders to have been putting in action at once, before the cold winter is coming.

As usual your Empress has to take care for it, that informed and uninformed** people won`t sit at the warm heater in winter, not at home and not elsewhere, separate these ones will know live in the streets and under the bridges.

That is what your Empress would like to spare you, because the risk that someone of you could freeze to death, is most likely high but exactly in this way I am going to have to act and not differently.

You have to act as follows: On that person circle you may not let go of a psychiatrist or a trained social worker.

Nobody has to question or to talk to the people with the tone of a nurse, because you really have been taken ill yourselves.

You have to occupy honorary people, which are knowing a lot from this person circle, perhaps through own experience or experience from their relatives or friends.

It would be ideal, if the concerned people will be arranged each other and are moving in common in the same area, in an own home, which your Empress is introducing now.

In principle it calls for everybody "by orders of your Empress", so that shall be enough.

Together with some suitable people and the concerned people you have to construct a complete cozy garden house in a beautiful ground, including a separate heating and a garden toilet or better, a clumsy loo.

For some of them, please, there should be put a cooking place at disposal. The garden house and even the garden with a garden shed and a loo will lease to the people and signed for life.

The daily hot meal you have to let handed over by bike and appropriate, further they have to get some money for alcohol, cigarettes, "grass" and an injection, if still necessary.

In an other case they should get these drugs by a prescription at the chemist's and an injection by the psychiatrist.

For foodstuff and clothing you have to take care regular, too. A garden pump and a wash setting-up is a matter of course, likewise a bike.

Should some of the concerned persons prefer moving in an exclusive residential district, in a hotel or in a rented flat, then you have to fulfill the wishes individually, otherwise your Empress let fill you full individually.

Especially in the USA (all over the world)** there are wide social distinctions.

Too, much people are living there for more than ten ones and are the opinion that they have honestly earned the money, what is in fact impossible.

Your Empress have already sent letters about that matter.

Only some millionaires are able to stop such an unfair state and give those people an own home.

Please, do not forget that nobody is able to take along the money to hell; money, which not belongs you for a long time anymore.

I would not advise you to contradict your Empress in the matter; you should have a look at the sky without your sunglasses, then you really know how your Empress have to act with such a sort of twisted people.

I'll let beat you with my umbrella, if necessary too mush!

Please, interpret this letter rightly; you should thank God on your knees daily that you get a chance of real life, mainly for the next world.

As an American you have a specially function and responsibility for the success of the matter, because you have been the driving force for many nonsense.

You ought to come on the ground of the facts from your skyscrapers very fast!

1.) You are still the ones taking a shower daily. Do you just at long last know why you do so?

On behalf of Empress

Now in the meantime that chuck out of the city vagrants from the station, running via TV, is legitimized by public commentaries.

Through a TV panoramic look of the central station in Hanover, Germany, were shown all tasks, courses of events and service offers as the filled up rubbish bins of the restaurants, a lost property office, service counters and the offer to celebrate a children birthday by a guided tour at the station.

Drunks and city vagrants were also concealed shown, which were searching returnable bottles from the litter bins, through what followers immediately got an order to stay away from a house or a chuck  by the service personal and watch-men.

The report was guided to a part from a point of view of the watch- men but a beggar or a city vagrant could not represent his point of view.

You and other ones will no more let this human being chuck out from a railway station for a transitional period.

On the contrary, you and others will bear worry that destitute people can look up in the night a warm place for sleeping, too.

That means, all the stations will stay open in the nights and also the central heating will stay turned on as long as necessary and as long as all those people have got an allotment with a small house.

Watch-men or service personal may gladly be made available for the safety of the passersby then around the clock.

That still becomes more favorable than if a going train is thrown with bricks in the early, by what the train conductor may lose his life or is hurt heavily like it has happened in this case of Schleswig - Holstein yesterday.

Equally yesterday three children were playing quite near a tunnel, where they were hit and killed by a train in Niedersachsen, Germany.

At these and similar places you should better let throttle the speed, so that the braking distance is calculable.

In addition, the high beam of all trains should especially well function in order to got the calculable risk so small as only possible or to exclude every risk.

So, in this way like these our societies, people can be trained also via TV, so that these societies will never be able to be a model for coming generations!

A Christian what else?

Bild in Lightbox öffnen (open image in lightbox). In winter at the end of time more than  sixty people have frozen to death alone in Polen. That my person will keep in memory, too!
Jan. 28th 2017

Please, let this free translation be handed over to all Ambassadors worldwide!