To the World Meteorological Organisation 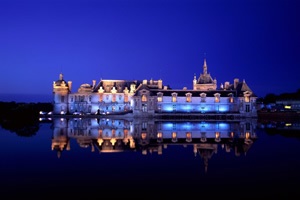 To the Royal Danish Embassy

Earthquake Series or Series of Earthquakes

Please, let that German-language letter be translated into many different languages and be handed over to the correspondingly places.

As already suspected, my person must once again link up with those letters that touch on the stability and elasticity of the earth's crust.

As a layperson, but as an Empress, one can observe that the earthquakes have continued in series and have been joined by various volcanic eruptions, which show different reactions.

For this and other reasons, my person would like to point out once again that underground nuclear tests in particular can be triggers for the beginning of the final bang.

Furthermore, at this advanced stage, it is important that the exploitation of the earth is slowly but continuously reduced by all continents at the same time; especially the liquid and gaseous substances should also be reduced in this way and only extracted as necessary.

For this reason, a worldwide agreement and understanding must be reached without delay.

There is a person, King Juergen, who is meant for this task, to take over the central leadership before it will be too late!

My person has been endeavouring for year and day to run via oversized range over the TV stations of the earth, so that the danger in which mankind finds itself is recognised.

It would be important that now also mankind helps a little in this endeavour*, because the time pressure has become quite considerable, because already another earthquake reached the island state of Japan with a magnitude of 6.8 on the Richter scale, which my person had feared for a long time.

These series will quite obviously intensify and they will occur at shorter intervals, whereby, as has already happened, the epicentre will also be in regions that are generally not earthquake-prone.

These are all clear signs that the end is approaching with giant strides.

Only an united front and leadership can steer this imminent end into a possible new beginning, although each state will have to deal with this individually.

The core of the matter, however, must be brought down to a common denominator and this denominator is also the recycling of materials and no further mining of all raw materials.

Consider also that the nuclear waste deposits must be checked for their pressure, especially those that will probably still be on the seabed!

Here, too, a global basis must be found that relates to the truth.

The states that are guilty in this regard should now, at the latest, be able to correctly assess the seriousness of the situation and strive to name all of these waste dumps, including those stored on the seabed, so that no final strike can be made from ambush.

The same applies to some extent to terrorism, as terrorists today can equip themselves with nuclear weapons or weapons that could cause a huge shock wave.

The earth can no longer afford this at this advanced stage and so, among other things, it should be possible to trace such preparations for attacks via TV, but for this it would certainly be advisable for my person to change location so as not to get into any further entanglements and so as to be able to continue along this aforementioned path.

As one can recognise and follow, it regularly happens at certain border points of the continental plates that where there was a storm disaster, there is also an earthquake. 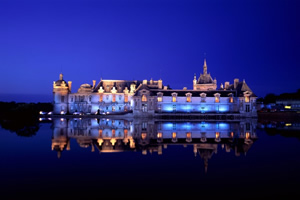 These boundary points are to be named where the Earth's plates abut or collide.

Thus, at this stage, a certain system can be discerned, which will no longer be possible to determine as the series progresses through the strengthening of the hypocentres.

In Istanbul, the general fabric of most of the houses is very precarious, so it will be too early for a miracle and probably too late for a restructuring of the housing estates. A timely evacuation could be considered, in that you and others could be informed of the imminent dangers in time by means of the Monumental-Area (Nuclear tests via TV)* to save many thousands of lives.

As a professional, I would try to scout out the system of the earthquake series. Furthermore, I would ensure that the system* remains so in 2004* by preventing further deterioration.

I would immediately have the known weaknesses and intensified causes of the earthquakes remedied or terminated as far as possible, causing these reactions, which my person has disclosed through several letters!

HP: 2016 There is no reason for scaremongering, but there are sufficient reasons for a turning point in contemporary history, which should be recognised as soon as possible and the corresponding dangers averted!